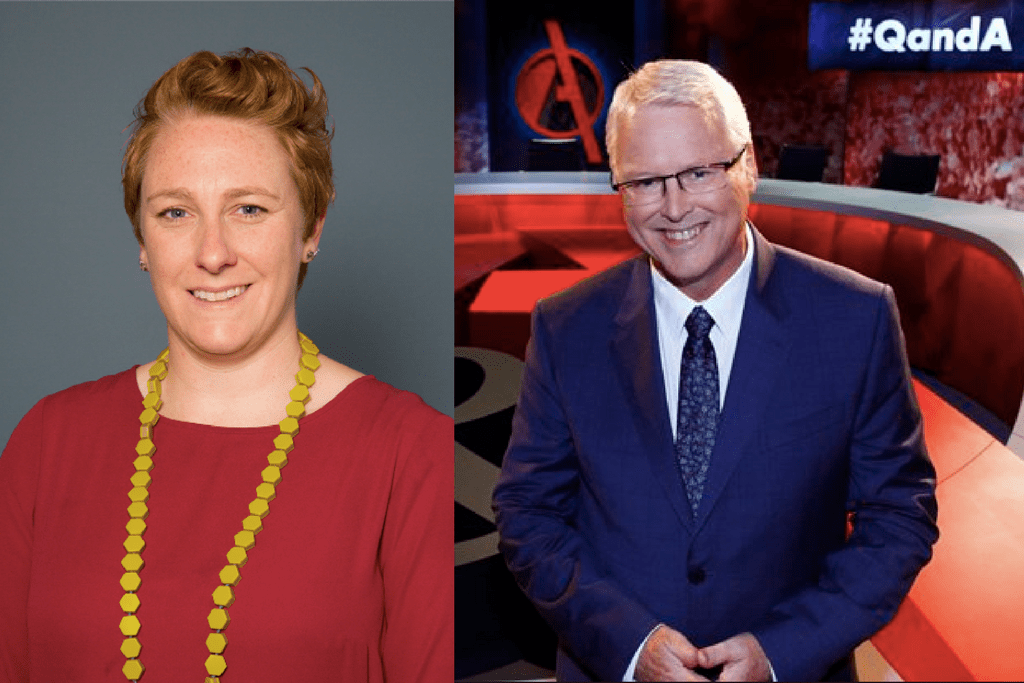 Q&A is an hour-long Monday night program that often hosts politicians, commentators and popular figures to answer questions from a public audience, usually about the news of the week.

Sheppard will appear on Monday’s program alongside other academics and commentators.

“I’m sickeningly nervous,” she told Woroni. “It keeps being shared on Facebook and I feel like everyone I know will be watching. Usually I don’t have to tell anyone that I’ve been on TV until after the fact.”

And while she is nervous about the upcoming show, Sheppard believes she has a duty to clearly represent her research to the public.

“Being an academic is an incredible privilege, and I think it’s incumbent on us to communicate our research to a public audience. And the more accessible we can make that research – in the way that we explain it, and the audiences that we talk to – the better.”

“So, despite tremendous misgivings about doing media appearances like this, it’s part of the job. Besides, I always figure that if I don’t say yes, my place will be filled by one of the same old academic types. I’m taking my few opportunities to chip away at the status quo.”

At ANU, Sheppard lectures two courses: one on media and politics, and another on Australia’s political institutions.Some of Sheppard’s most recent research investigates class identity in Australia. A 2017 paper published in the Australian Journal of Political Science — titled ‘Class, capital, and identity in Australian society’ — Sheppard was able to paint a picture of of the six different “class types” in Australia. Along with fellow ANU political scientist Nicholas Biddle, Sheppard writes that despite “obvious class-based cleavages, Australian society is stratified by objective, multidimensional measures of social class”.

One of the conclusions of the paper is that “Australians are acutely aware of their class identity”.

And one Sheppard’s key motivations for appearing on Q&A was to share that research.

“I hope to explain my research on social class – and other aspects of Australian political and social life – in a way that everyone watching the show can understand,” Sheppard said. “I want to insert some caution and rigour into what are otherwise increasingly antagonistic public debates.”

“And I want to represent my lower middle class roots. I’m a fully fledged adult (mostly), but I still always want to make my parents – who gave me incredible opportunities and support – proud of what I’m doing.”

Sheppard explained to Woroni that class divides can be hidden.

“I always think of an example from my high school. By the time I got to thinking about university options in Year 12, I’d been getting pretty good marks for years (and I even ended up being dux of my school). I presented my draft university preferences to our careers counsellor for his advice, and he strongly advised me to apply to TAFE as my second or third preference,” she said.

“People in my home town didn’t aim high back then. We didn’t know what was available to us. We didn’t know that we could move interstate – or even overseas! – to keep studying. Plenty of brilliant kids never knew how talented they were, and were never encouraged to try to find out. And that’s not malicious on anyone’s part; it’s just the effect of being down the class spectrum. The lower your class, the smaller your world.”

For Sheppard, just appearing on Q&A helps that divide:

“As a very easy first step, I try to expose students from similar class backgrounds to opportunities and prospects that no one in their home town can show them.”