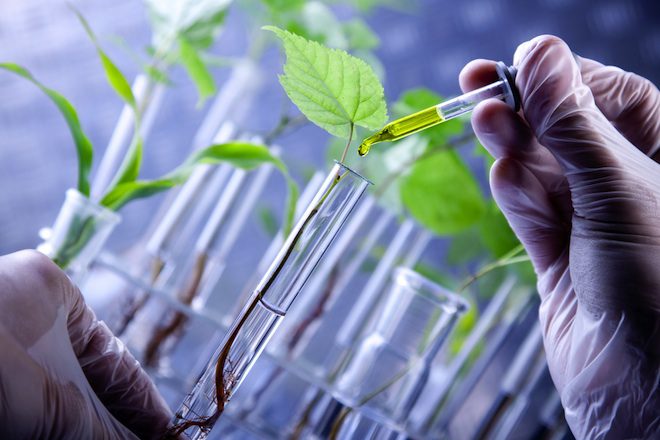 Biologists at the ANU have joined a US- led, $45 million project to feed the world by engineering more efficient food crops.

Funded by the Bill and Melinda Gates Foundation, the Foundation for Food and Agriculture Research and the UK Department for International Development, the Realizing Improved Photosynthetic Efficiency (RIPE) research project brings together eight research centres from the US, UK, China and Australia.

One of the ANU’s lead researchers with the program, Professor Susanne von Caemmerer, said, ‘the population is in- creasing at a tremendous rate, and we’re currently not keeping up our food production to match that rate of population increase.’

In order to feed the world, food production must be doubled by 2050. Co-lead researcher Professor Dean Price said: ‘It turns out that our crop plants are less efficient than we’d like them to be.’

But the RIPE project opens up ‘exciting opportunities to improve the efficiency of photosynthesis and thereby increase food production from those crop plants,’ he added.

RIPE, led by the University of Illinois, seeks to take a ‘multi-pronged’ approach to increasing plant yield through improved photosynthesis, the process by which plants convert carbon dioxide, sunlight and water into sugar to power their growth.

If photosynthesis can be considered as a production line, RIPE research will seek to remove bottlenecks in the process, by improving efficiency in certain steps, or short-circuiting them with a new way of processing.

‘There are a huge number of problems that can be looked at in a consortium such as RIPE, to then take the best people from different labs around the world to try to improve that problem,’ Professor Price said.

The ANU’s contributions will build on 20 years of expertise as one of the leading plant research groups in the world, to explore ways to create crops that more efficiently capture carbon dioxide.

Researchers will seek to allow carbon dioxide to be moved more efficiently from the atmosphere to the leaf chloroplast, where photosynthesis occurs, and to increase the speed with which that carbon dioxide is processed.

While RIPE’s discoveries will help to improve crop yield around the world, Professor von Caemmerer explained that the project’s main focus is on engineering more productive crops, such as cowpeas, for smallholder farmers in Africa.

Importantly, newly-developed crop plants will be made available royalty-free to farmers in the developing world, and will be field tested in Africa to ensure that farmers can farm them using similar methods to those they currently use.