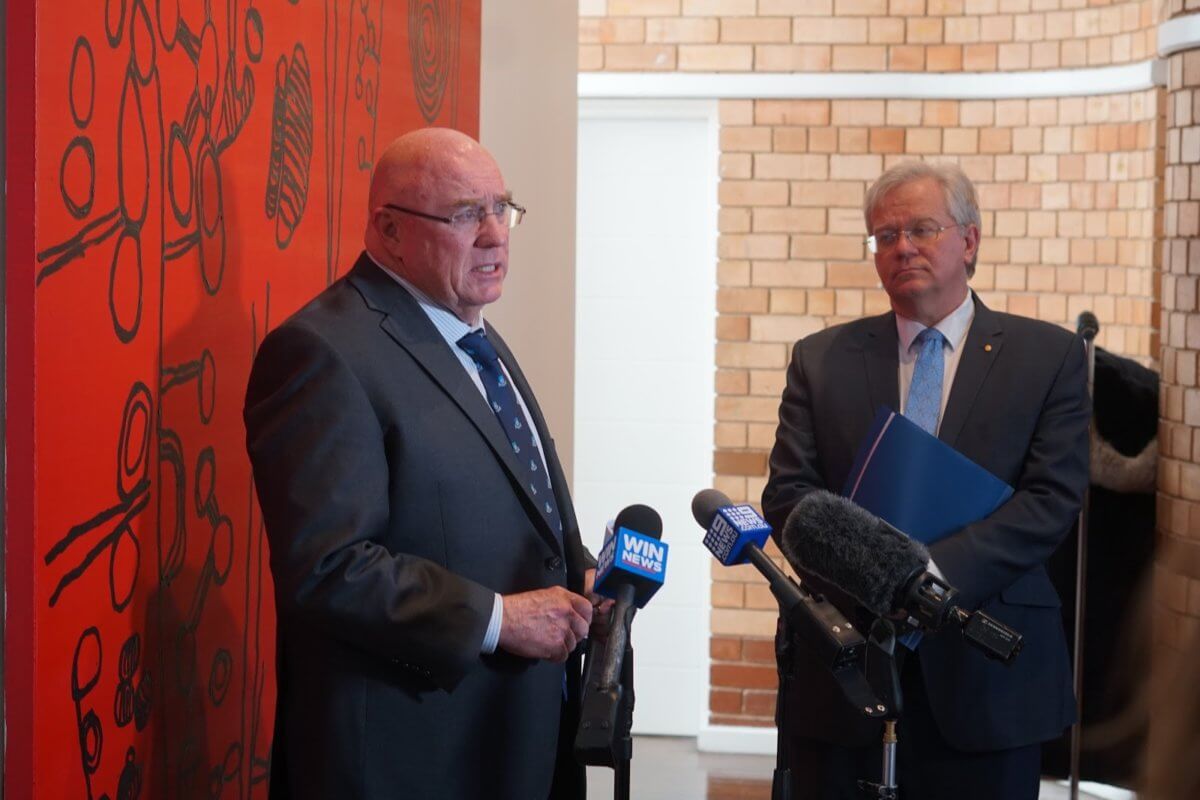 Earlier on Monday, 23 July, Craig Edwards announced his proposal to donate 124 Western Desert paintings from his personal collection to ANU. They are estimated to be worth more than $9 million.

It will be the largest ever single donation of Indigenous art to an Australian university.

Craig Edwards is a Canberra solicitor and a partner at Maliganis Edwards Johnson. He brought his first Aboriginal artwork in 1994 after being introduced to Aboriginal art by a friend based in Alice Springs. He is also a frequent visitor of the Western Dessert.

“It’s fair to say my love affair with the art became something of an obsession.”

Craig Edwards said it was “an obvious choice” to donate to the Drill Hall Gallery. He described it as the ideal place to give access to the general public and students researching into related topics.

The painting style of Western Desert art is primarily abstract. It is known for the use of iconography to convey ancestral stories in acrylic paintings on hardboards.

‘Iconography, 2008” by Naata Nungurrayi was one of the works on display during the announcement.

The artist Naata Nungurrayi was among the last traditional Pintupi nomads in the region. Her works are concerned with the Aboriginal female experience, and the Aboriginal conception of “Dreaming” that the beginning of the world co-exists with the present and the future.

The work is part of Naata Nungurrayi’s final body of work that explores prehistoric human language and arts from cave paintings. The red background in the work represents the desert soil and the black lines represent the pathways in the artist’s life.

The collection is planned for exhibition in the Drill Hall Gallery from 19 October to 16 December. 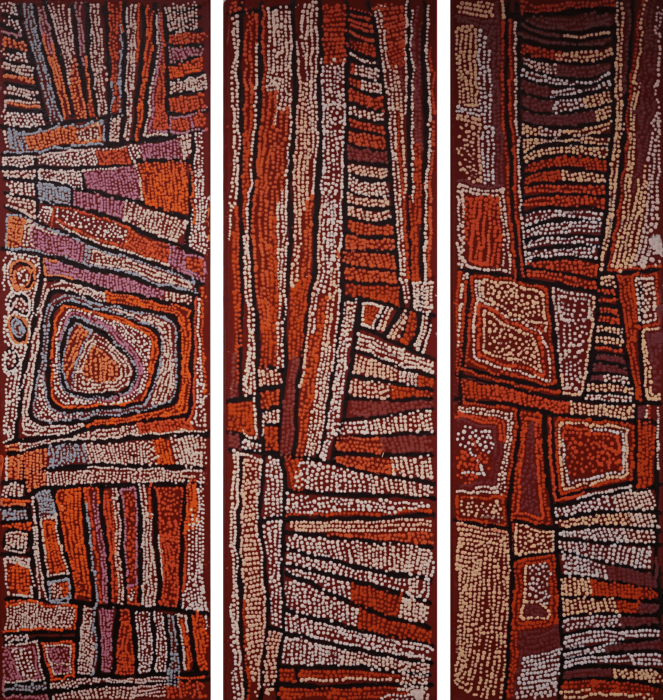