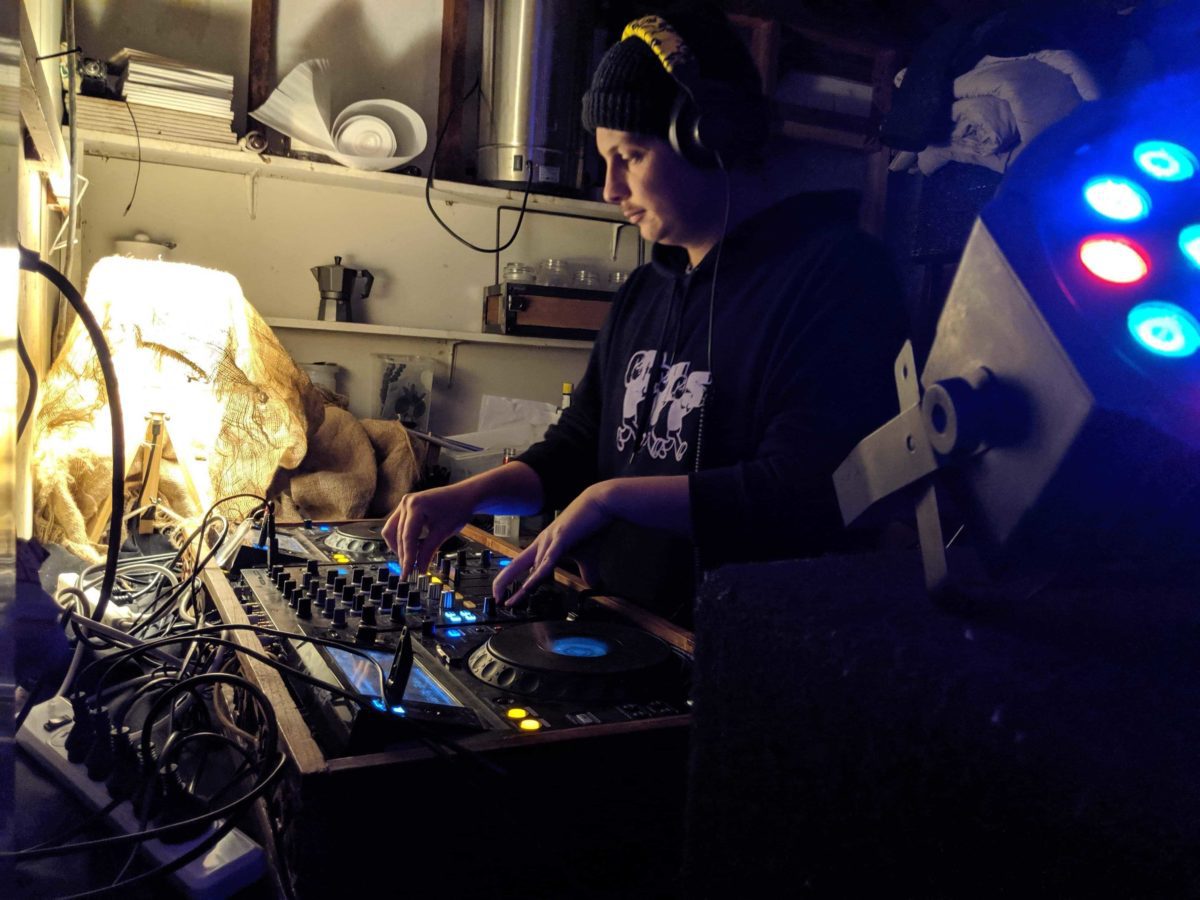 For artists around the world, COVID-19 is a matter of sitting and waiting. Canberra venues are part of a fragile ecosystem, and for new businesses such as Sideway, shutting down for an indeterminate period projects an uncertain future. Although co-owner Tim Brown is concerned for the “large challenges” ahead, he is also looking to the “silver linings for creatives and supporters alike”.

In the absence of live performances, DJs and fans have turned to streaming services, such as Twitch. Sideway has established Club Virtual as a platform for local artists to perform, such as Nick Willenberg, co-founder of Canberra House Social. Although streaming performances at home can’t quite replace the physical aspects of live events, Willenberg argues that they are “keeping people connected to the scene”. Although live streams don’t generate enough revenue to substitute in-house events, platforms such as Club Virtual often sell tickets or accept donations which can help stabilise businesses and artists in the interim.

Sideway has found other alternatives for generating some income during lockdown, by running liquor packages and selling vouchers for future events. Canberra House Social still generates some revenue by selling merch on their website, although the current situation has presented a unique opportunity for the DJs to hunt tracks and produce music. Brown has also noticed this current trend in the industry, stating that “the prolonged lockdown gives a chance for artists to further hone their craft and work on new projects”. A break from the party scene has also lent some insight for its frequenters on how to better balance the lifestyle, with Willenberg encouraging people to use the interlude to educate themselves on party drug safety. Tim is encouraging people who miss the scene to use lockdown as an opportunity to work on “small projects and hobbies that may have been put on the backburner”.

For those who are missing live performances, this is a great opportunity to listen to local artists. DJs and venue owners alike are emphasising the importance of supporting local talent by interacting with them on social media, as it’s often underestimated how far a simple like or follow can go. Most importantly, the best thing we can all do to support our local music industry is follow health guidelines and maintain social distancing. As Willenberg put it, “the faster the spread stops, the faster things can open back up”.

Once venues do re-open, it will be crucial that the scene feels the immediate support of the community. As international travel restrictions will be in place for the foreseeable future, music events will be largely made up of local artists. Brown sees this as an “interesting opportunity, [as] it gives our scene and local industries the world over a better chance to look inwards at the talent at home”.

So, for now – stay at home, keep your distance, educate yourself on party safety, and support your local venues and artists.