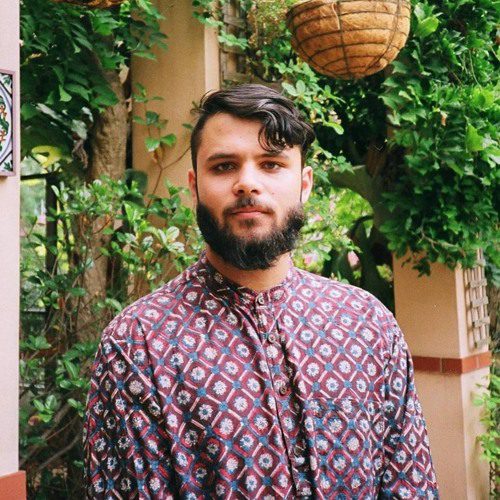 Raghav Sharma-Burton (‘Ragzz 2 Riches’) is a Canberra-born ANU student who is one of Canberra’s up and coming drum and bass (DnB) DJs.

Raghav plays at Knightsbridge and helped to organise ‘Black on Black’, an off-grid musical event at which over a hundred people endured the foulest Canberra weather possible to soak up his magical beats.

Raghav uses samples of himself playing the violin and piano, as well as Indian classical drum patterns, in his music. This allows him to create a unique and personalised sound, drawing upon his Uttarakhandi heritage and the musical nature of Hindu culture.

In his HSC, all of Raghav’s compositions were nominated for Encore, a competition which exhibits outstanding music created by students, held at the Sydney Opera House. After learning to sing and play the violin, Raghav taught himself to play the piano and is currently learning to play the bouzouki – a sort of long-necked Greek guitar. Originally fostering an interest in French Electro-House during a high school exchange in Europe, he began to attend DnB events through connections at ANU. In August of 2018, he bought his own decks and began to play at house parties. He began to make a name for himself amongst Canberra’s DnB scene, of which there is a fanbase of around 300 people.

Of these 300, surprisingly few are students. Raghav is working to open up the scene to a larger demographic by playing on Woroni’s Underground Sounds and helping to run events on student night in an effort to “cultivate another generation of people [who are] into the sound”.

Raghav is currently a part of ‘Headz are Rolling’, a collective which promotes DnB in Canberra and which brings international acts to play in the ACT. On August 17, Raghav will perform at Sideway as a support act to Tamen, a formerly Barcelona-based breakbeat and DnB artist. Of the 12 or 13 prominent DnB DJs in Canberra, Raghav is virtually the only one of colour.

“For me, as someone who has a name which stands out and different skin colour and hair colour, different from everyone else, I did notice that I was the only person of that kind of persuasion to be into this kind of music, and it was very much just white guys. For me, that didn’t really make much of a difference, because I had been doing music for such a long time that it was just whatever”.

In his efforts to diversify the electronic music scene in Canberra, Raghav will be running a program with Crossroads in the coming months which will offer DJing lessons to people of colour and, specifically, women. Although the electronic music industry is widely afflicted with gender disparity, the Canberra music scene faces particularly grim issues regarding diversity. Raghav maintains that in his experiences Canberra has always been an inclusive and welcoming space for musicians, and by offering these practical classes he hopes to provide minority groups with the skills necessary to break into that scene.

Raghav will be releasing a three-track EP early next year.

On August 17, Raghav will perform at Sideway as a support act to Tamen, a formerly Barcelona-based breakbeat and DnB artist.