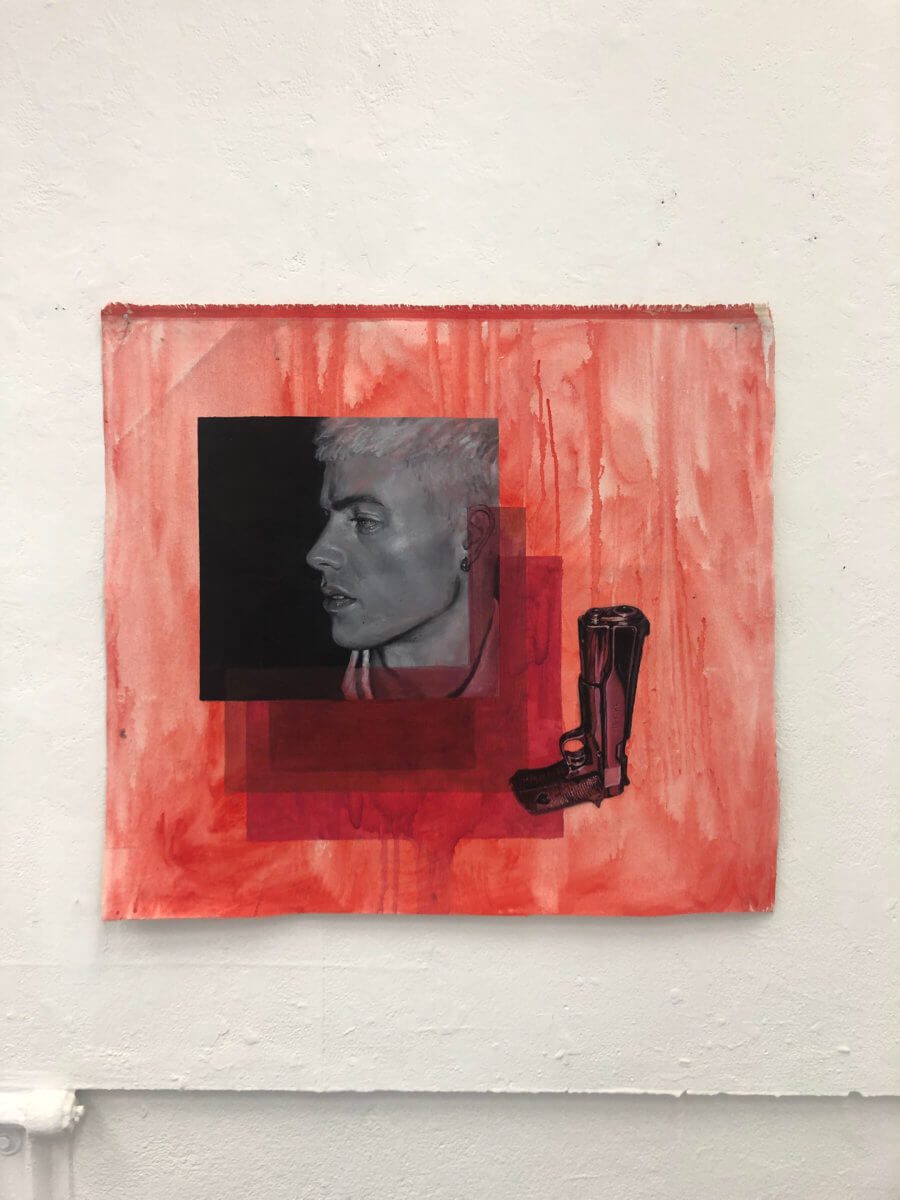 Eben is a fourth-year science and visual arts student at the ANU, currently creating portraiture and electronic music. He began creating art at a young age in his hometown of Ballarat by experimenting with watercolours and crafts, a practice which has since developed into a personalised and striking style of painting. Eben is also practised in the cello, piano and guitar, and has been producing electronic music since the age of 16.

Displaying a keen interest in various forms of art from infancy, Eben developed a distinctive artistic expression by resourcing much of his inspiration and technique online. His Victorian Certificate of Education (VCE) artwork was selected for Top Arts, and he has gone on to major in painting at the ANU. Eben has sold a handful of his artworks privately, as some universities discourage students from exhibiting work publicly while studying. Students at the ANU do have an opportunity to present at their graduation show, although the School of Art takes a 40 per cent commission for each artwork that a student sells.

The ANU’s policy, however, is a sad reality for art graduates, as galleries generally take high commissions. As a result, young artists such as Eben have turned to more accessible platforms, such as social media, to exhibit and access art. The relationship between art and the internet is reflected in some of Eben’s most recent work, where the subject matter for his portraits are sourced from social media. 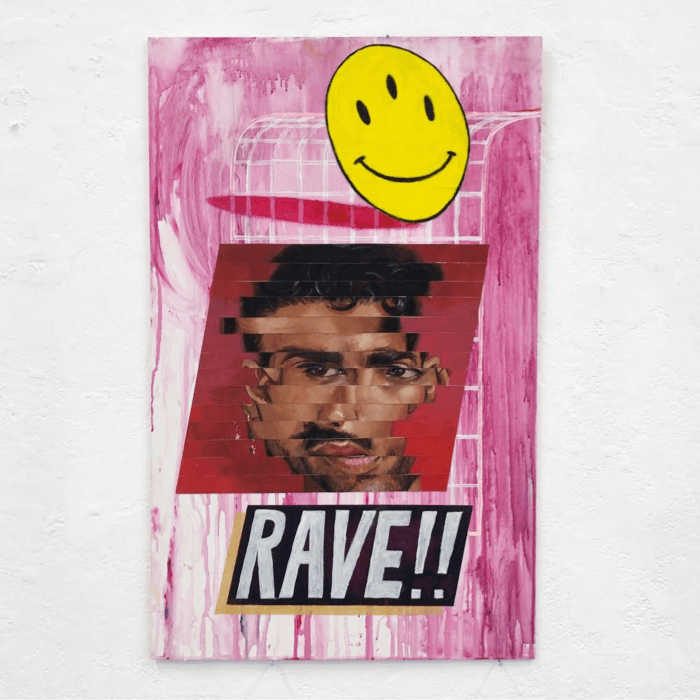 “I’m exploring how I, or people like me, consume content online, and how men portray themselves online … [and] how people see themselves … because I think that’s a big part of queer identity.”

Not only was the internet a platform on which Eben was able to investigate the artistic world, but it was also one of the only viable options by which he was able to explore his identity.

For Eben, identifying as queer led to much of his personal expression being internalised, as “a lot of young gays sort of grew up on the internet, and that’s how they discovered themselves.”

Creative communities tend to be more open, providing an opportunity for people to “ma[ke] their own spaces, not necessarily to protect themselves, but to create their own avenue of creating queer art.”

This is further investigated in Eben’s recent portraits, which depict faces taken from scenes in same-sex pornography. Eben’s own identity was explored and expressed through the internet in his socially formative years. He can translate this experience through the sourcing of his subject matter. Initially avoiding depicting men in his art, Eben’s content has shifted into questions of masculinity and how “that ties into male queer identity.” Masculinity can be a particularly prevalent issue within the queer community due to the aesthetic categorisation exacerbated by pornography and dating apps. Such pornographic ‘tribes’ can be inherently problematic due to labelling, which can discriminate “in terms of body image, [and] racism.”

“I’m interested in the relationships people have with themselves and also with other people’s image, like how people perceive themselves in relation to how that affects how they interact with the world or their own circle, …. that’s always in the back of my mind I guess…”

By focusing explicitly on the faces of men in pornographic scenes, Eben completely removes the sexual context and its inherent labels. What is left is a raw depiction of human identity, as even in the throes of sex, regardless of physique or sexual identity, exists a person. Such a focus is the mechanism by which Eben can encompass an exploration of “broader identity,” which is so powerful and resonates deeply with viewers.

In addition to his work in the sphere of visual art, Eben produces electronic music in which he samples his own voice, and for which he designs the cover art. Eben (Ekzander) will be supporting Assembler Code at Sideway on October 13.