After the Survey, Advocates Say They’re Cut Out of Review Process 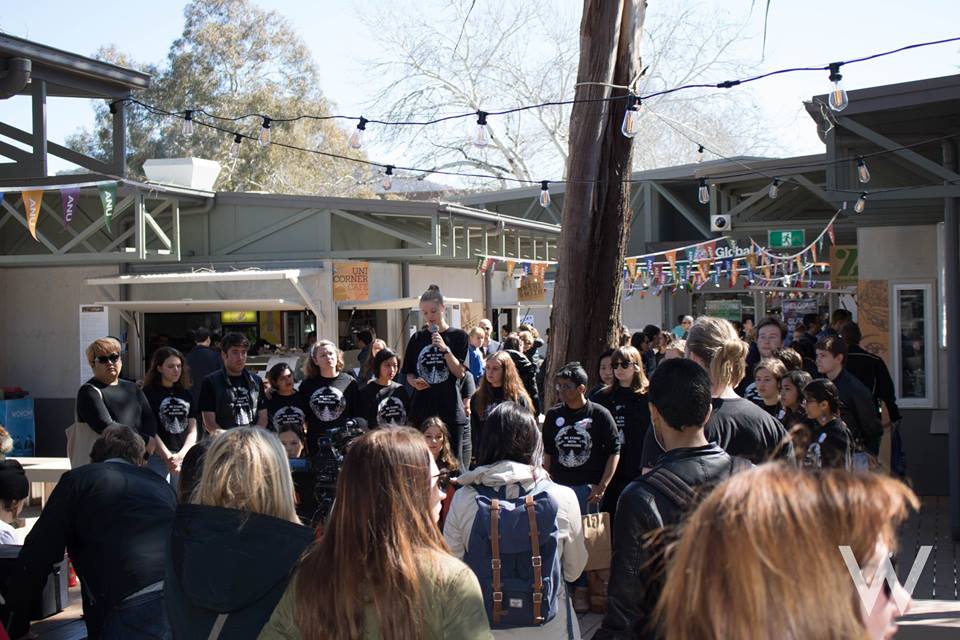 Disputes between the ANU Women’s Department and the University have come to light in response to the University’s action on sexual assault. Student advocates maintain that they’ve been cut out from the process, while the university asserts that it is collaborating with a wide range of the ANU community.

The Respectful Relationships Steering Group currently includes the ANUSA and PARSA presidents, fulfilling the AHRC survey’s recommendation for student representation in advisory bodies. No further students were included, which the university justified as ‘keeping the committee small and effective.’

Student advocates and survivors are highly critical of the decision to disengage with the Women’s Department and survivor advocacy groups.

The ANUSA women’s officer, Holly Zhang, said she was concerned about placing the responsibility for policy change in the hands of existing, thinly-spread staff members, and the duty for student advocacy in the hands of busy student association presidents.

‘I’m worried about the representation of student interests at ANU moving forward on this issue if that’s the leading group directing all decisions,’ she said.

She said that this was a key reason for ANUSA’s demand for a centralised policy and centre for sexual assault and sexual harassment at the ANU.

The aims of the steering group are to implement the recommendations of the Australian Human Rights Commission’s report ‘Change the Course’, which was released on 1 August.

The ANU has committed to the nine recommendations made in the report, but has not committed to many of the ANUSA/PARSA demands released in response to the report.

The ANU has committed to a review of residential halls and released a parallel module for staff. The Rapid Context review will be released mid- September, and its recommendations incorporated into policy and procedural changes. This indicates a general compliance with the AHRC report’s recommendations.

An ANUSA spokesman said that the University ‘will also consider the recommendations and proposals made by students through the ANUSA and PARSA recommendations, the Australian Queer Students Network and the Council of Australian Postgraduate Students Association.’

ANUSA/PARSA recommendation three foreshadowed the current debate, calling for a task force ‘adequately resourced by the Senior Management Group’ and consisting of ‘student representatives working in partnership with ANUSA and PARSA.’

The steering group will provide the policies and strategies to be implemented by the Working Group, which also includes students.

Advocates also argue that the lack of student engagement extends to the review of ANU policy and procedure being undertaken by Canberra consultants Rapid Context.

A message from the vice-chancellor, Brian Schmidt, said, ‘this review will consult with staff, students and survivors,’ however this is disputed by advocate Codie Bell and women’s officer Zhang.

ANU Media did not respond to queries about student and survivor input before deadline.

Advocates suggested that the ANU was not willing to finance an extensive review that included community consultation.

The seven terms of reference provided publicly by the ANU refer to the intersection of student sexual assault allegation and staff policies, staff training, safe environments for research students, internal investigation, support for students, reporters, bystanders and whistleblowers. It indicates that the ANU is responding to the high rates of sexual assault within the HDR and postgraduate cohorts.

However, advocates allege that initial terms of reference relating to the specifics of the investigation procedure have been excluded.

Student groups have campaigning since the release of the AHRC report, most recently at ANU Open Day. This has aimed to highlight the informal, confusing and unsupportive nature of current ANU investigative procedures for students.

The non-inclusion of such terms of reference indicate that the ANU is wary of many of the recommendations of advocacy groups such as Restorative ANU and the Women’s Department.

The ANU emphatically denied that the scope of the review had changed. ‘The terms of reference have not changed nor has the work commissioned been narrowed at all.’

Women’s officer Zhang remained hopeful about the effect of the Rapid Context review.

‘The content I expect it will produce are things that students have been saying for years – I hope that getting an “external consultant” stamp on these recommendations and feedback will lead to the ANU finally taking action to implement long overdue changes.’

Advocates are nonetheless frustrated at the lack of collaboration from the ANU, particularly the exclusion of survivors in consultation, as initially promised. ‘Survivors are excluded once again from the conversation when they are the most important stakeholder, and are most invested and affected by university policies and practices in this area. Their lived experience is required to inform strategic direction from the top as well as feedback to adjust policies,’ said Zhang. ‘The trauma they live with is not a liability for the institution to tip-toe around or ignore.’

This sentiment was harnessed by advocates on Open Day on 26 August, where a sit-in was held in the Pop- Up Village. It involved a minute of silence and speeches from advocates. Students also provided goody bags for prospective students and parents, educating visitors on the prevalence of sexual assault and sexual harassment. A clear aim of their campaign was also to educate about the services available to provide support to those affected.

The ANU has not yet agreed to implement ANUSA/PARSA demands which included a restorative justice process, a centralised policy with specialised staff, rigorous training for staff and students pre-arrival at the ANU and commitment for ongoing reviews.

An ANU Spokesman said: ‘ANU is proud that its students, and particularly survivors, have worked so hard to bring about change … this University has a long and proud tradition of student activism that we both encourage and respect.’