A Look Inside The Chifley Redevelopment 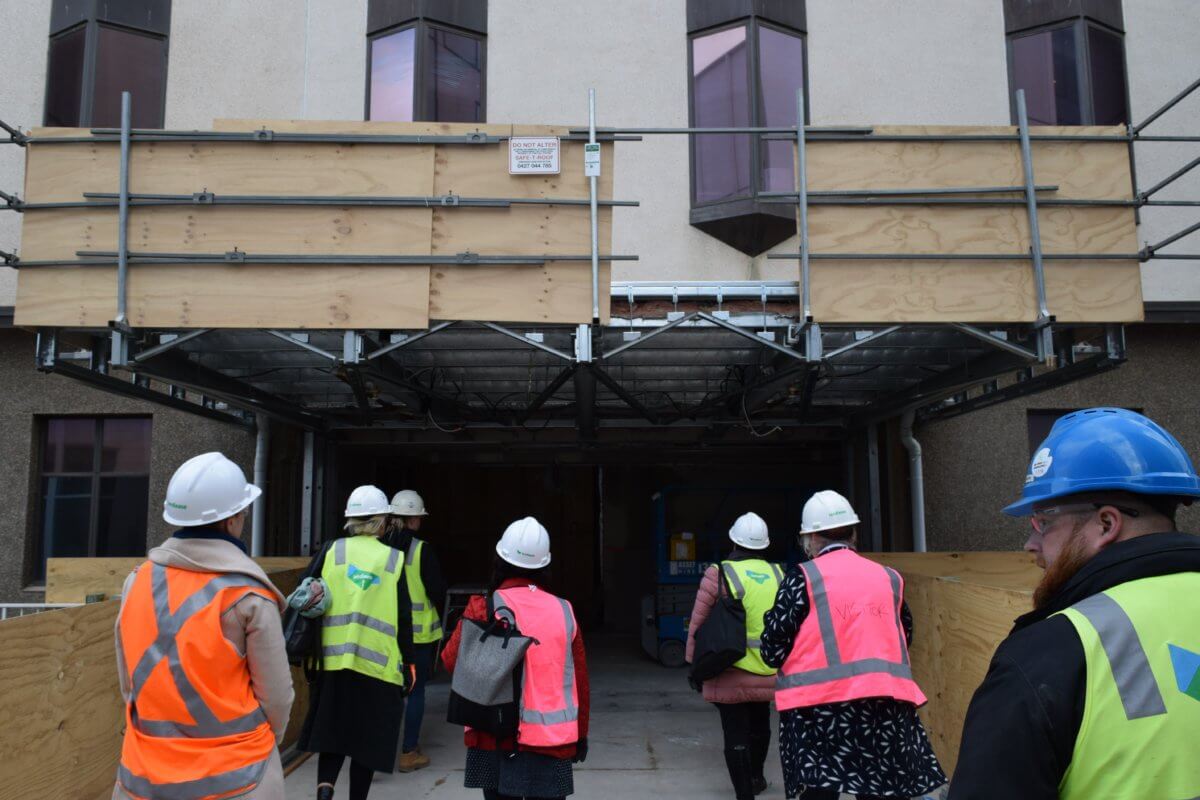 Chifley is set to throw open its doors to Kambri next week, and the completion of the new main entrance is just stage one of the library’s major redevelopment project.

From July 30, level two of the J. B. Chifley building will be accessible from the new Kambri entrance. Work will continue on level one, which is expected to open in late September or early October. Once completed, level one will witness a significant transformation from the library’s primary storage area to an expansive new study space for students.

Chifley’s redevelopment comes after the Sullivans Creek floods of 2018, which caused severe damage to the level one collection. A significant amount of material was lost, which catalysed a reimagining of the library in a way that will best meet student needs.

“We deeply regret the flood and are very keen to get this work done to improve the student experience and continue rebuilding the collection,” Director Scholarly Information Services and University Librarian Roxanne Missingham said.

“We are very conscious that a world class university needs a world class library and all the Group of 8 and internationally comparative universities have significantly expanded seating, modernised their libraries, built new library spaces and have proper library and archive storage.”

New study spaces boasting features to optimise student amenity will replace the rows of compactuses that once filled level one. Drawing on student feedback, library staff have successfully advocated for ample powerpoints, storage lockers and a printing and photocopying station in this area. 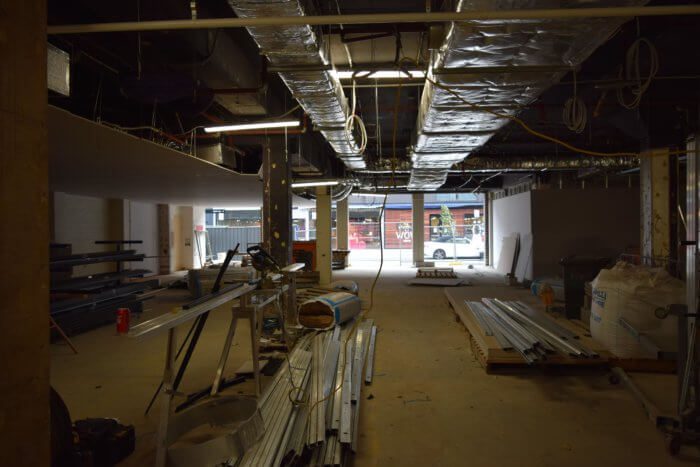 “Students report regularly that our physical spaces are not good enough (it’s the number one issue in the surveys) and we have not added additional seating in almost 20 years, despite student numbers growing and the collection growing,” Missingham said. “We are very keen for ANU to be able to offer improved spaces and adequate spaces for students.”

Despite library staff championing student needs throughout the redevelopment process, the final design of Chifley’s lowest level is arguably not entirely student-centric. The library building will also house a number of retail spaces which will face out onto Joplin Lane.

The expected coexistence of bustling businesses and quiet study areas has already come under scrutiny, with questions raised about the university’s profit agenda and where student needs sit on the priority list.

However, Missingham outlined that “retail spaces are something we are working with everyone to try to make sure it works.”

The library continues to emphasise student engagement in the redevelopment process and strongly encourages student feedback on the new space.

“When we go live if students experience any issues we’d like to hear from them straight away so we can get changes with the building staff,” Missingham said.

Significant work is being undertaken to replace the collection material lost in the floods. Over 9,100 of the lost monographs are available once again, and library staff have been “working tirelessly” on the insurance claim.

The library’s microfilm and microfiche collection is in the process of being digitised, which will make the search process more efficient for library users. Having lost an extensive set of microform newspapers in the flood, the library is focused on expanding in this area, and acquired access to the British Library Newspaper collection last month.

A significant amount of material has been relocated to the ANU Print Repository in Hume, which now houses approximately 80 per cent of the library collection. Everything in Chifley has been rearranged to make room for replacement material on level three. The hunt for said replacement material is well underway, and according to Missingham, students can “expect to see truckloads of books coming in in the last half of the year.”