A Day After Accrediting, ANUSA Distances Themselves From NUS Office Bearers 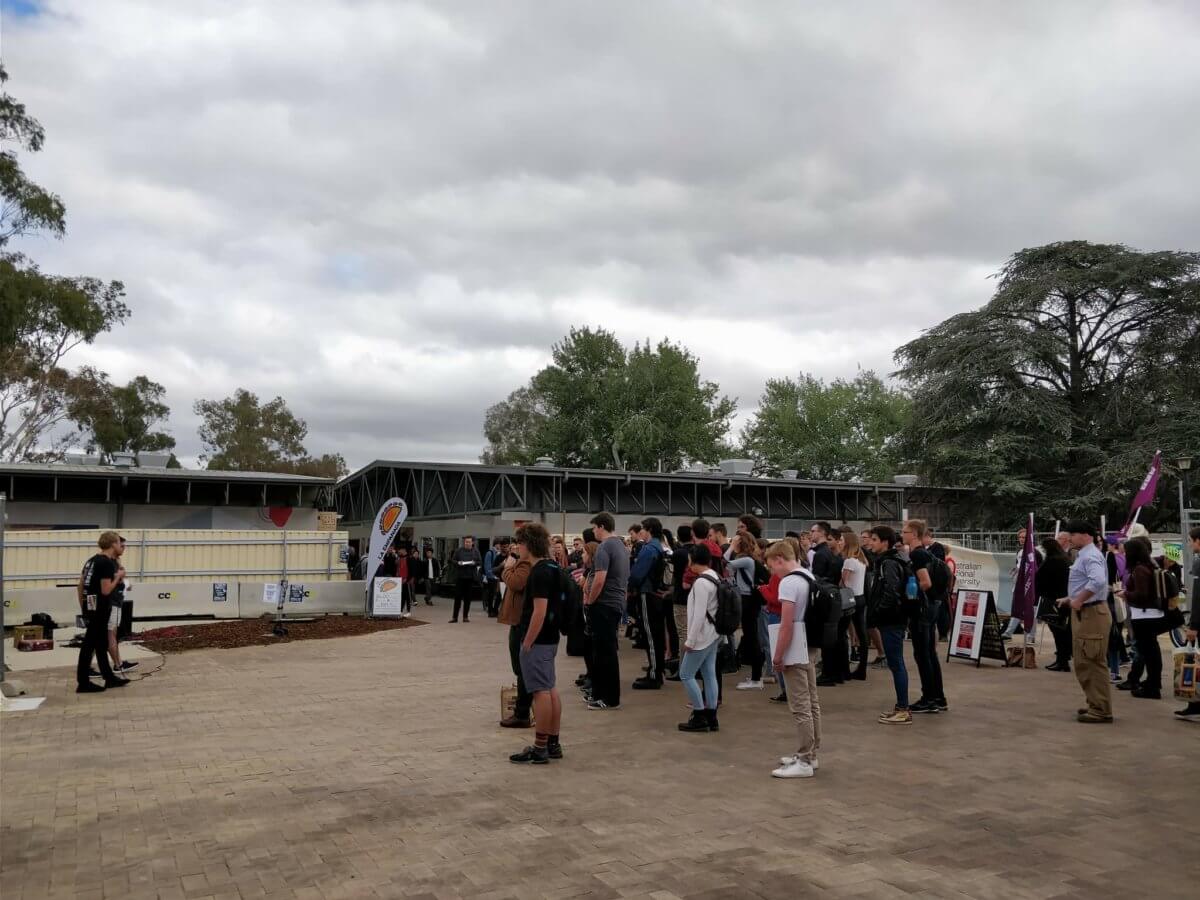 ANUSA education officer Harry Needham has distanced himself from the actions of NUS LGBTI officer Kim Stern, who at last night’s SRC refused to leave, holding up the meeting for over 40 minutes.

“I think we have to separate between the National Union of Students and the national body, and the actions of its individual office bearers,” Needham told Woroni at Wednesday’s student rally against higher education funding cuts.

“We can’t cancel a national event because of the behaviour last night, which I do not endorse in any way, but I do think we have to separate the NUS as a body and the actions of some of its office bearers,” he continued.

At Tuesday’s SRC meeting, NUS LGBTI officer Kim Stern, a high-profile student politician aligned with the socialist alternative, refused to leave the room for over 40 minutes.

Stern had already contributed to the debate at the meeting when ANUSA executive members realised that he was not an ANU student.

At Wednesday’s rally, Stern spoke about “the need to get together” and “the need for solidarity”.

The protest was hosted by NUS and ANUSA at the pop-up village today in opposition to the federal government’s funding cuts to universities.The rally attracted around fifty students.

Speakers at the event argued that the cuts have been detrimental to the ANU, resulting in overworked staff and greater reliance in casual employees. They furthermore criticised the federal government’s shift in funding to military projects, at the expense of universities.

These funding cuts, known as the MYEFO cuts, came as a result of the mid-year budget update which saw the cancellation of the ANU’s own diploma of languages. These cuts were part of a concerted effort by the federal government to promote courses that align with the industry needs.