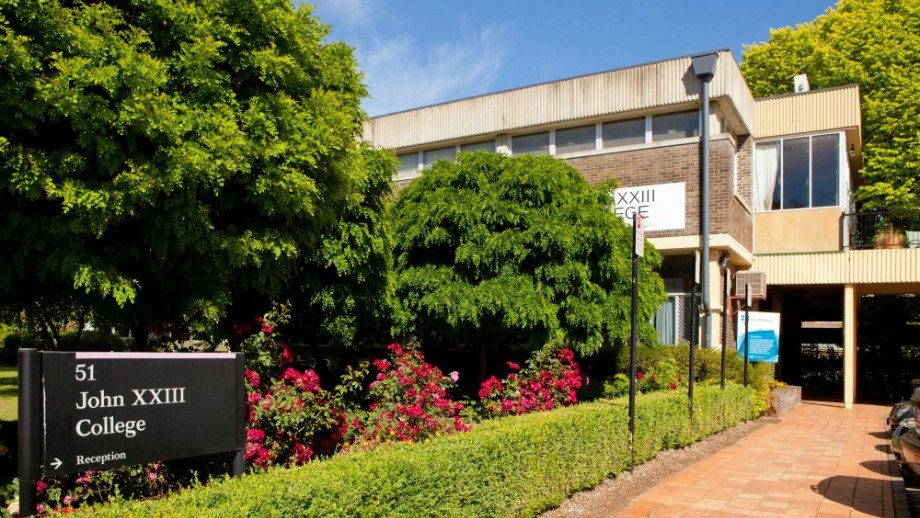 In a petition signed by more than 180 students at the college, students said that the returner application process has ‘abused the trust our residents have in the administration’.

The document, which was handed to the head of hall, Geoff Johnston, on Tuesday, says 92 percent of the ‘on-hold’ residents who plan to return next year are male. It claims that all of those selected are ‘part of two distinct social groups’. Johnston responded to the allegations on Wednesday evening in a college-wide email, stating that a ‘high number of individuals’ had come to him saying that they were ‘coerced, forced or pressured’ into signing the petition. The email encouraged anyone who felt harassed during the process to reach out to him.

In a separate email, the Johns’ administration called off a scheduled training day for the college’s residents association, saying that there was a lack of ‘mutual agreement’ between the two.

When asked how many students had complained about the process, Johnston said that ‘we are not talking just one or two’ complaints.

Johnston told Woroni there were currently a total of 41 ‘on-hold’ students, and that ‘there were a number of people that we unfortunately had to select at random’ in order to fill the list.

He explained that the administration ‘invited staff and others to comment on the students, and from that we put them into a priority order, and we are trying to make offers to people along that priority order’.

Speaking to Woroni, incoming the Johns’ president, Lucy Bannon, said that use of the ‘on-hold’ status stemmed from the college’s ‘arbitrary dislike of particular social groups’. ‘We have found in this year’s returner admission process a systematic bias directed against returners who have been told their contracts are still ‘on-hold’ without being provided any justification’.

‘We came to the college and we said we don’t have issue with exclusion justified by academic probation issues and other behavioural violations — however we have a serious issue with expulsions without cause, and without any formal warnings about behaviour’.

The petition refers to the college’s Resident Behaviour Policy, which mandates warnings for bad behaviour.

Bannon alleged that Johns’ college has ‘let in students who have had allegations of sexual assault or sexist remarks placed against them’ ahead of the students currently ‘on-hold’. She said that one of the boys not yet admitted ‘hasn’t gotten anything less than a distinction, has played 5 sports and is quiet and kind’.

One of the students ‘on-hold’, Tom Garraway, said that he felt ‘disrespected’ because of the process.

‘A lot of good people are being put in an awful position, and aren’t being given a respectful due process,’ he said.

But Garraway said that if he does get kicked out, he would still have a place to stay. ‘I have a number of friends who are in the same position as I am. So I’m not worried about having people to move out with’. Bannon said some of the ‘on-hold’ students have publicly defended against sexist behaviour at the college.

‘The boys whose contracts are on hold have called out sexist remarks and directly confronted homophobia and sexism – with two of them, whose contracts are ‘on hold’, they single-handedly walked a boy accused of sexual assault out of this college when the administration failed to administer a sufficient level of punishment for him’.

In response, Johnston said claims that calling out sexism influenced the applications were ‘totally false’. ‘That had nothing to do with it. That would actually go against what we are about. Students at this college and the university are quite entitled to express their opinion, and we have no problems with that. That would never have been considered.’

A spokesperson for the ANU simply said that ‘all ANU residential halls and colleges are working hard to comply with the ANU readmissions process’.

The ‘on-hold’ classification has not been used previously by Johns’ college in Johnston’s tenure.