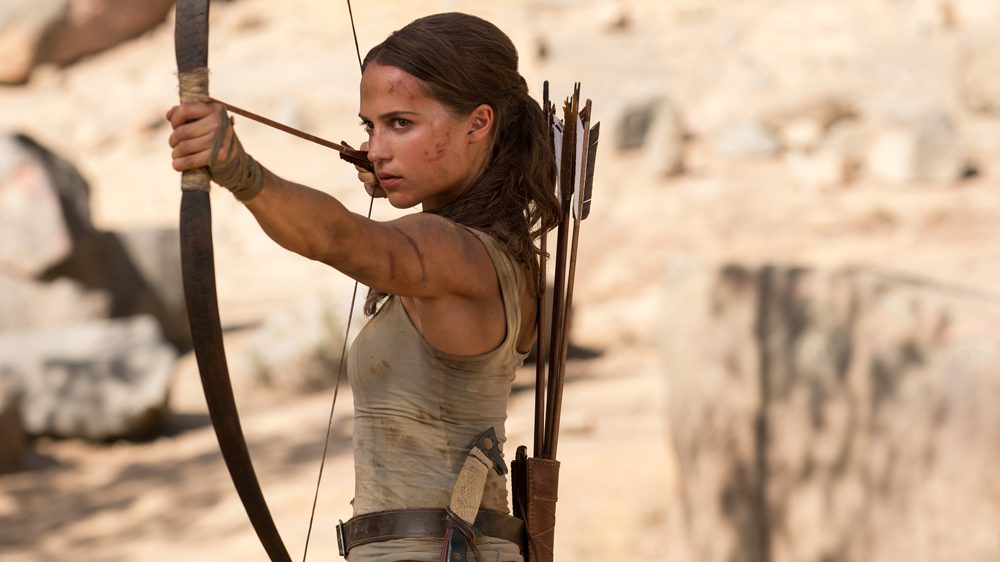 The video game-to-movie crusade is getting a little old. Here lies Tomb Raider, yet another disappointing attempt to take a great game and somehow emulate it on the screen, ending in familiar heartache. Once again, Hollywood grabbed an already clichéd plot redeemed only by immersive gameplay and astounding visuals… and somehow made it worse. The result: a bland, typical action flick with stakes that would perhaps alarm a small child.

Tomb Raider merges elements from its two most recent games, with most of its plot harking back to the first game released in 2013. Lara Croft is an independent renegade living in London several years after the disappearance of her secretive, quasi Indiana Jones dad. After gaining clues as to his whereabouts she sets out on a journey to fictional island Yamatai, where she is captured by a puzzlingly motivated expedition leader, Mathias Vogel, and his small troupe of slaves. Mathias is seeking the ancient tomb of Queen Himiko, the Mother of Death, so that somebody can weaponise and use her “power” to start a global genocide and “cleanse humanity”. It has taken him seven years to excavate the tiny island and he still hasn’t found the tomb entrance (which he would’ve stumbled across had he simply walked ten minutes from camp because it’s huge and above ground). Lara must escape Mathias and learn the truth of her dad’s fate, inevitably raiding Himiko’s tomb along the way.

This film takes itself much more seriously than previous instalments – a change that would’ve worked well if it spent some time developing the characters in between the fights, chases and eventual tomb raiding. Unfortunately, most of the movie is devoted to shunting along the action, and the growth of supporting characters moved to the background. Worst of all is its treatment of Lu Ren, who after a promising introduction becomes the leader of a backup crew and disappears. By the conclusion, Lu has had no character development and has shown on-screen personality inferior to the Ewoks in Return of the Jedi. 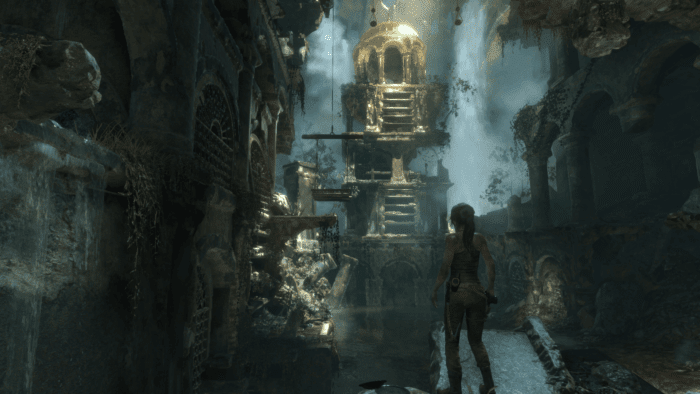 Can the Tomb Raider franchise’s latest reboot compare to the widely successful and critically acclaimed game series upon which it is based?

Another waste of potential is the addition of Lara’s dad, Richard Croft. His presence proves a bold change from the original storyline, yet fails to serve any purpose except for becoming the source of several information dumps. This technique feels lazy and boring, and at the end of the film when Richard faces an intense moral dilemma, Lara shows no significant emotional torment in response – odd considering her motivation for travelling to Yamatai was to find out what happened to him. Brave and pragmatic as her character is meant to be, every scene where Lara interacts with Richard feels forced and unnecessary. Also, enough with the flashbacks. They are infuriating and nobody in Hollywood seems to believe me.

It’s a shame Alicia Vikander had so little to work with, given the obvious talent she demonstrated in Ex Machina and her Oscar winning performance in The Danish Girl. Her Lara is actually quite enjoyable, especially in the action scenes, and she brings vulnerability to the character that we hadn’t seen onscreen before. Vikander is let down by the utterly bland and tactless dialogue. The Tomb Raider script is laughably on-the-nose, summed up by Mathias’ memorable line “You shouldn’t have come here. But I’m glad that you did”. Vikander’s helplessness in adding dimension to her character is clear.

Lara also miraculously gets stronger throughout the film with no obvious payoff, making the transformation absurd. In the opening scene she is beaten in a gym fight. By the end she has barely slept, is wounded and presumably disturbed by everything she’s just learnt. Yet during the climax she escapes booby traps with ease and attacks foes with newfound skill and stamina. This is all very video game-y and just doesn’t translate well.

“You shouldn’t have come here.” The movie and talented actors are let down by the utterly bland and tactless dialogue.

Withholding disbelief, most of the action scenes are actually enjoyable enough in a cinema. However, they don’t evoke any real thrills or stick in your mind after. The CGI was at times poorly rendered – a sin considering the most recent game boasted some of the most beautiful graphics ever seen. There are many clear references to stressful situations from the game that might appease fans, but for me these just highlight the difference between what makes a good game and a good movie. When you control Lara, the level of tension becomes visceral because her life is in your hands. This also applies to the absolute boredom of watching people solve puzzles on-screen, unable to help or guess the solution yourself. In one such sequence, the characters work as a team, shouting out possible solutions – a subpar version of the hat-grab scene in Temple of Doom with all the suspense of Dora the Explorer. Watching Lara yell out colours and instructions to herself as you sit passively in the theatre: yet another gaming aspect rendered useless when put on film.

The surprising nature of Himiko’s curse revealed at the climax is a nice touch – the first hint of innovation in an otherwise weak and unoriginal plot. But accompanying this moment of ingenuity is – wait for it – a jumpscare. There is a spring underneath Himiko, which makes her pop up like a jack-in-the-box. Why? This sharp jab at a moviegoer’s intellect could be easily ignored in a game due to deeper engagement and investment.

Tomb Raider ultimately feels like a poorly crafted cash-grab, and will probably soon be forgotten in the same fashion as the equally disappointing Warcraft and Assassin’s Creed movies. When cruelly comparing this film to Indiana Jones, one might assume Hollywood has learnt nothing and indeed gone backwards since the 80s. Nobody can come up with new ideas, hence the influx of poor remakes and adaptations like this one. It is depressing to think there isn’t a single executive in Hollywood with a clear enough vision to help fix this problem. But the unfortunate truth is that while the money continues to roll in, Tomb Raider style remakes will continue to be the norm.