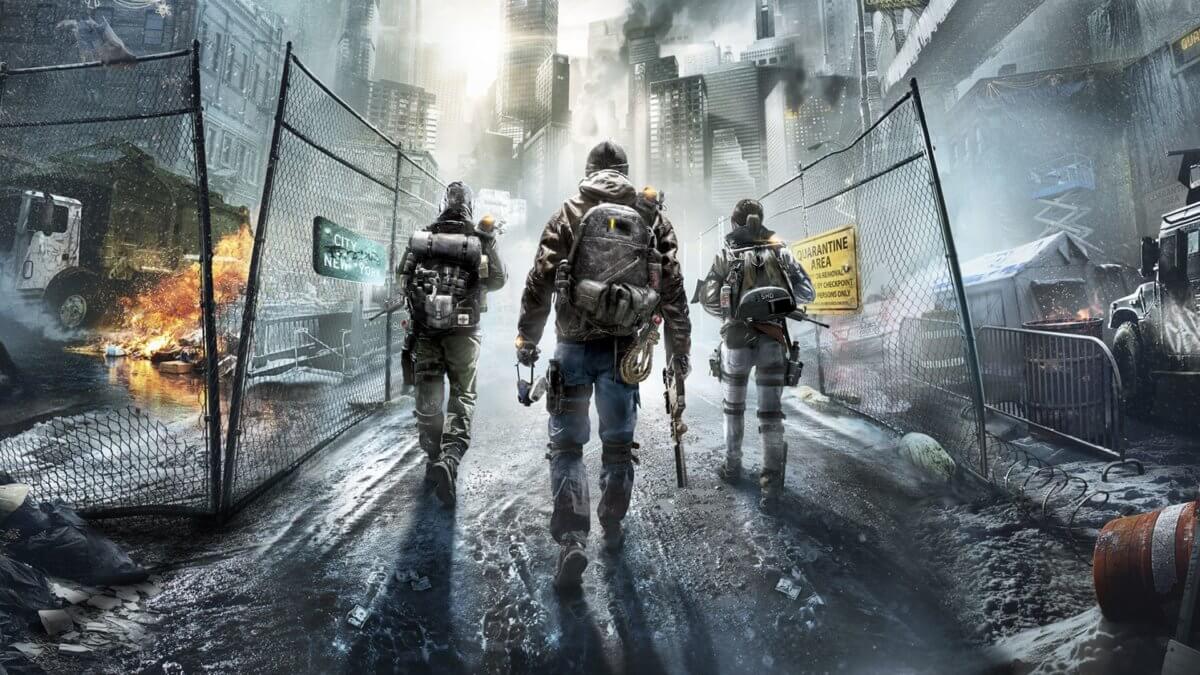 No one plays looter shooters for the story, and ‘The Division’ – whose sequel was released recently to critical acclaim – is no different. But maybe we should be turning a more critical eye to the stories we’re invited to live out.

Here’s the concerned mothers’ summary: in ‘The Division’, players assume the role of the eponymous Strategic Homeland Division Agents in a crisis-stricken America, equipped with advanced technology and high-powered weaponry and tasked with rebuilding society. In the mainstream player-versus-environment sections you spend most of your time shooting the undesirables, upgrading your base of operations, and gaining newer and better gear.

It’s the last line of defence – the unimaginable has happened, and all that remains are those select few of us who can be there to save us from it. Society can no longer turn to above, so it turns to within. “We are your co-workers. We are your neighbours. We might even be – your friends”, declares the opening cutscene. It’s the preparation for the worst despite the prayers for the best. It’s a fascist fantasy.

Fascism, as Wikipedia provides, is characterised by ultranationalism, concentrated power, the suppression of opposition, and rigid control of society. The ABC states that fascists “embrace hierarchies within nations” and the notion that all life is struggle, typically between binary classes. The power fantasy of ‘The Division’ sits comfortably with all of these notions.

The futuristic gadgets used by Agents come with an intended use, functioning within gameplay and canonically in efficient adherence to design. They are loaded with the normative supposition that they must work a certain way, against certain types of people. The technology is visually distinctive, bringing the flat orange motif of the player’s user interface into the game world. Bestowed to Division Agents exclusively, they separate the players from an otherwise recognisable setting sans post-apocalypse, including friendly non-playable grunt soldiers. Rather than the civilian militia that Machiavelli envisioned in The Art of War, which would draw its armed power horizontally to stave off undue State pressure (itself a notion with significant issues), we draw on what are effectively our superpowers vertically, from a source that is asocial to the common. We get the sense that we have been selected for a higher purpose.

The America that anointed us is not the mundane bureaucratic government that turns around every four years. This is closed rooms sealed by voice-recognition doors, the stuff of conspiracy theories that will never be taken seriously. We’re like the Constitution – all the self-righteousness, but now we have our own distinct will to power and the guns to exercise it. No one but us and the structure we’re a part of has a claim to what we are or what we stand for. The Division initiative goes deeper than the State that is publicly accountable and malleable. Its mindset draws on a core that is national and also nationalistic – designed to last unchanged and unfettered for a thousand years and more.

In Foucault’s imagining of the panopticon, the repressive state has given way to the surveillance state. A prisoner visible from a central watchtower at all times, you are never sure if you are watched, only that at all times you might be watched. The American State of ‘The Division’ is not only prepared to turn our neighbours into spies who have the training and extra-legal capacity to kill dissidents with impunity, it has done exactly that.

In the crisis state, not only rebellion, but anything that might resemble rebellion, becomes forbidden – and this encompasses actions and thoughts far greater than mere anarchism. The Division sees in binaries – there are refugees and escaped prisoners, Agents and Rogue Agents, friendlies and enemies. A vast heterogony of others and near-others becomes only hostile. In staying away from the boundary so that we remain on the right side of this strict dichotomy, even mere thoughts of anything beyond the status quo become useless. We cannot think of anything better than what we have, only things better from what we have.

Maybe it’s ridiculous to ask for something not tainted by some latent celebration of fascism from anything stamped with Tom Clancy’s name. And we can only expect so much from a videogame that wants both a simple split between good guys and bad guys to achieve its gameplay loop and to take place in a recognisable setting. But part of why it’s so ahem problematic is because of Ubisoft’s window dressing. We’re dropped into a supposedly liberal-progressive context with a diverse cast of characters including women, queer people, people of colour, and people with disabilities. Toxicity, while it exists, is external to the main and intended design of the game. We are told to relax – that this, even at least placidly, speaks to our values. But the game’s logic remains steeped in particularly fascist tendencies.

I mean, I’ll probably still play ‘The Division 2’ for like 40 hours after I’m done with exams.