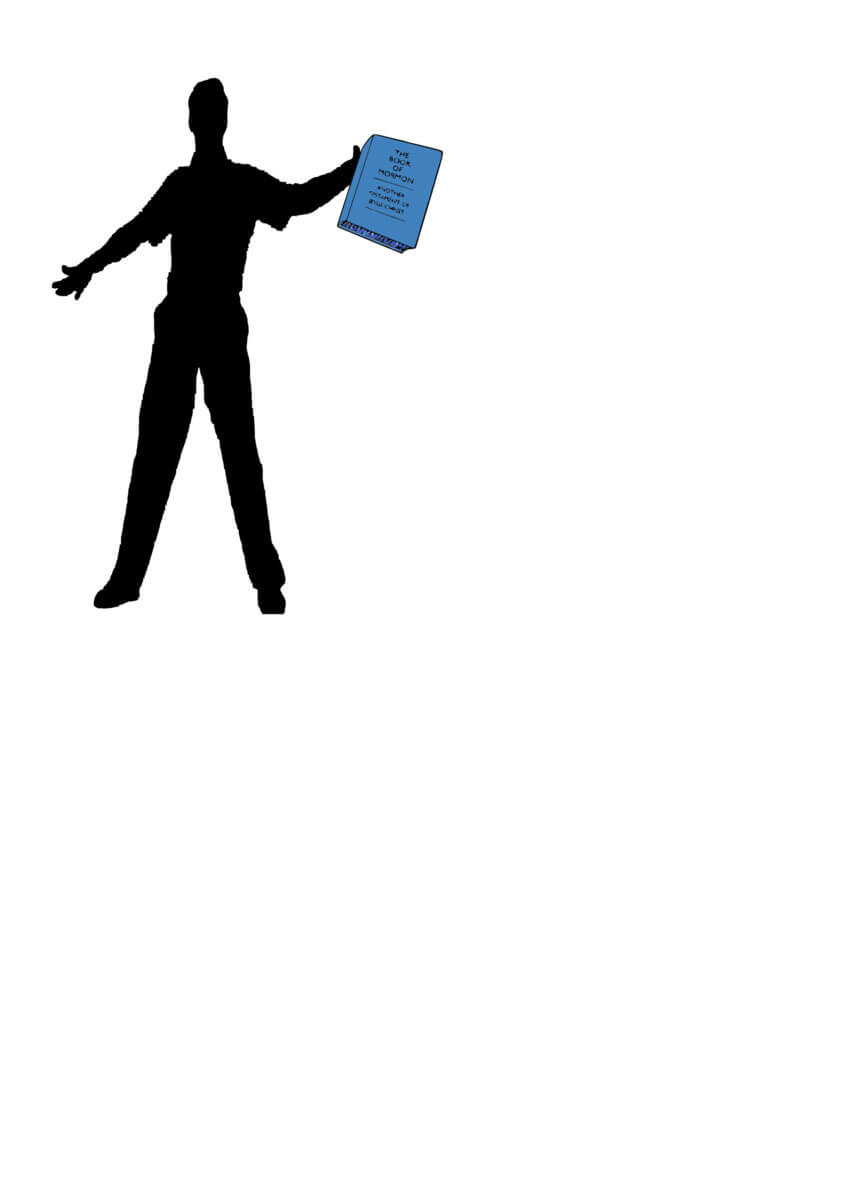 The Book of Mormon

Since the silly geniuses behind South Park are responsible for the multiple Tony Award-winning musical The Book of Mormon, I certainly had some idea of what to expect when I saw it last year. But I didn’t believe their satire would ever actually inspire me, nor make me nearly die of laughter.

Mormon is the story of a bright young missionary in The Church of Jesus Christ of Latter-day Saints. Kevin Price, the golden boy of the Mormons, is about to be sent to a new place where he will help to spread his faith – which, just like for real Mormons, means travelling from house to house in boy-scout fashion. He hopes to be sent to his favourite American city, Orlando, instead he’s sent to Uganda, Africa. Along for the journey is Kevin’s new mission companion, Elder Cunningham, arguably the worst missionary ever and a dorky compulsive liar. Will Africa be “like Lion King”? No. No, it will not.

If you’re planning on seeing Mormon, it’s probably better to know as little about it as possible. The plot is hilarious, yet somewhat of a shock to the system – not surprising considering creators Trey Parker and Matt Stone are known for addressing various unsavoury topics in South Park with outrageous bravery. Lyricist Robert Lopez who wrote music for Frozen and Avenue Q also lent his talent to the project. The result is equally bold as South Park, but this time with a grandiose and sickeningly catchy score. Mormon sometimes verges on being crass – but this is the type of musical we need. Behind the black comedy is a powerful message about humanity, the unspoken plight of developing nations and the role of religion in our troubled modern society. The events that ensue during Kevin’s trip to Uganda satirise not only the Mormon religion but also the premise of faith and its apparent absurdity in the face of poverty and despair. Kevin arrives in Uganda to hear a lively ‘Hakuna Matata’ parody called ‘Hasa Diga Eebowai’ – only to realise the Ugandan locals are singing “eff you” to the heavenly father. As Kevin watches in horror, the locals turn to the audience and sing: “If you don’t like what we say, try living here a couple days. Watch all your friends and family die – Hasa Diga Eebowai!” The confronting nature of this song and others is the reason for Mormon’s success – rather than simply walking out disgusted, audiences recognise it has something important to say, and are soon swept away by the plot.

Not all of the satire relies on profanity. The song ‘Sal Tlay Ka Siti’, in which Ugandan girl Nabulungi dreams of escaping the horrors of her village to find paradise, is powerful in a different way. Her sudden hope that the Mormons – a bunch of sheltered white boys from a rich nation – can somehow save her tribe struck with war, AIDs and famine is truly sad and resonates palpably with the audience. The delicate balance between profanity and emotion Mormon uses to deliver its satire is something compelling that I’d never witnessed before in a musical.

Mormon is never really offensive to religious people. The clever irony behind Mormon’s plot is that religious values actually end up being necessary for the desperate Ugandans to begin improving their situation. The bungled version of the Mormon faith that Elder Cunningham recites to the Ugandans ends up inspiring them all the same. Religion does have a place in our world when it encourages compassion and hopefulness amongst the pain and trials of life. The actual reasons you believe in something, however ridiculous another person might find them, are unimportant. What matters is feeling that you can make a difference to the people around you and help inspire peace – then your life has meaning, even if you believe after death Jesus will give you your own planet. Combine this social commentary with amazing sets, clever costume changes and an overwhelmingly talented cast, and you’ve got yourself one of the most successful musicals ever made.

If you do see Mormon and enjoy it as much as I did, you might also consider watching the South Park Movie. While a bit dated now, this is a musical comedy with as much to say as Mormon – and is complete with fabulous medleys parodying the likes of Les Misérables.

The Book of Mormon undoubtedly represents the pinnacle of Parker and Stone’s creative ingenuity, and it’s realised to perfection with the current cast here in Australia. I’ll be seeing it at least one more time before it leaves Sydney.