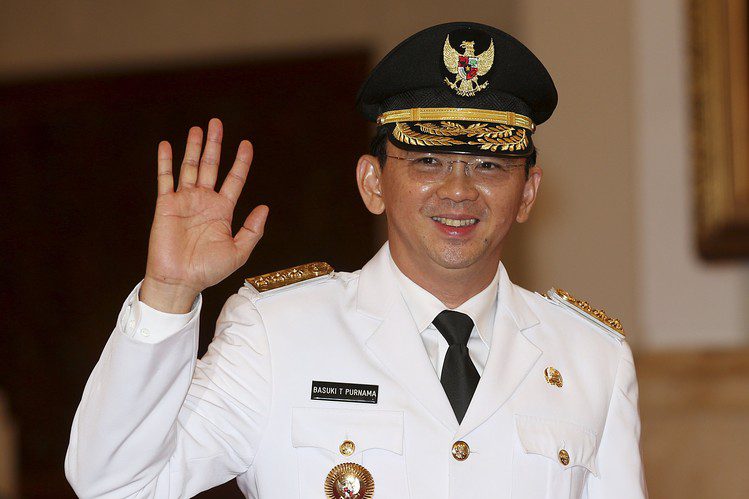 The Apotheosis of Ahok

If you had been following Indonesian politics, then Ahok must have been like a real breath of fresh air.

Basuki Tjahaja Purnama, better known as ‘Ahok’, is the incumbent Governor of Jakarta. He is a peculiar figure in Indonesian politics, and he is outspoken and brash – two character traits you don’t expect from an Indonesian politician. What made him much more unorthodox was that he was a ‘double-minority’, being a Christian and Chinese.

After Joko Widodo became president in 2014, Ahok automatically became his replacement as governor of Jakarta. It quickly became apparent that he was good. He carried on Joko’s system of e-budgeting for the city’s budget, which made the budget transparent for all to see. He launched an app that allowed citizens to make reports to the public service, which was able to reduce red tape. He adopted a no-nonsense approach to Jakarta’s bureaucrats. Under him, Jakarta’s notorious floods dried quicker than before and its streets are cleaner than ever. He tore down the notorious Kalijodo red light district in Jakarta and replaced it with a public park complete with skateboard ramp. He enforced a rule which forbids street-hawkers from the National Monument complex in Jakarta, thus preventing the area from being congested and untidy.

You might think that after all of this, Ahok would be a popular man. But his abrasive personality and brutal honesty made him some powerful enemies. This included figures from Jakarta’s city council, which he stared down over the city’s budget. The fact that he was basically an independent politician certainly did not help either.

Despite this, it was clear that Ahok was the favourite in the 2017 Gubernatorial election. Polls have consistently rated him as the most popular candidate for the job. His enemies had nothing to criticise him for, aside from his impoliteness. This made me sure that he was going to win.
But fate threw a curveball. In late 2016, a video surfaced where he appeared to insult a certain part of the Islamic holy book, the Quran. This was the opportunity that his political enemies needed. It doesn’t matter to them that the video was edited. His opponent in the race stayed silent, to them this was a political boon to boost their trailing poll numbers. To the ultraconservative Muslims, he was now the consummate blasphemer, a political dajjal (antichrist). This resulted in a massive demonstration involving 250,000 people in Jakarta, self-titled the ‘peaceful action’ even though the rhetoric was certainly not. The following month saw political chaos which included the arrest of certain public figures for charges of conspiracy and the trial of Ahok for blasphemy, which is a crime under Indonesian law.

Ahok cried as he read his defence statement in the court. He denied any intention to blaspheme Islam. The prosecutors brought out witness after witness, although it quickly became apparent that none of their statements were credible. The court case dragged on throughout the election, as Ahok was facing an ever-growing challenge from his two rivals, Agus Yudhoyono and Anies Baswedan.

All came to a head in the first round of polling. Ahok won the first round easily, and I was encouraged that after all of this, he would triumph in the end. I thought that there was no way that Jakartans will not re-elect a man who is that good at his job.

It was dinner time as I opened my phone to check the news on 19 April. I nearly choked. The polls showed Ahok trailing. I couldn’t believe it. I held out hope that some late surge will deliver him to victory. But, at the end of the day, he lost. By nearly one million votes, no less.
I was completely aghast. Did Jakartans refuse a man who demonstrated such an ability and courage for no apparent reason other than his minority status and his ‘blasphemy’, for which he had repeatedly apologised?

I thought that Jakartans would rise above petty, sectarian politics to elect someone purely on the basis of the competency. I was truly disillusioned.

I was prepared to give up on my country altogether. For me, this was not about who gets to be governor. It was a battle for Indonesia’s soul. A test on whether we are truly the tolerant nation we said we are. In a time where populism swallows Europe, America has put a sexist incompetent in charge and Turkey is effectively killing their democracy, I thought Indonesia could show the world we can be better by rejecting sectarianism and intolerance. To rub it in, the court actually sent him to jail. Has his work counted for nothing in the end?

But, I realised that it was not for nothing. For me, and hopefully, for many young Indonesians, Ahok was a hero. He restored my faith in politics and made me believe once again that politics can be a vehicle for change. His bravery and tenacity showed me, and many Indonesians, how we can and must stand up against corruption and incompetence. I believe that future generations will look at Ahok, not as a foul-mouthed blasphemer but a martyr, a man way ahead of its time trying to change a nation that just wasn’t ready to accept him. He may be defeated now, but the ideas he stood up for has not.

If we are right, we shall remain bright. Because no darkness can hold back the light of dawn.