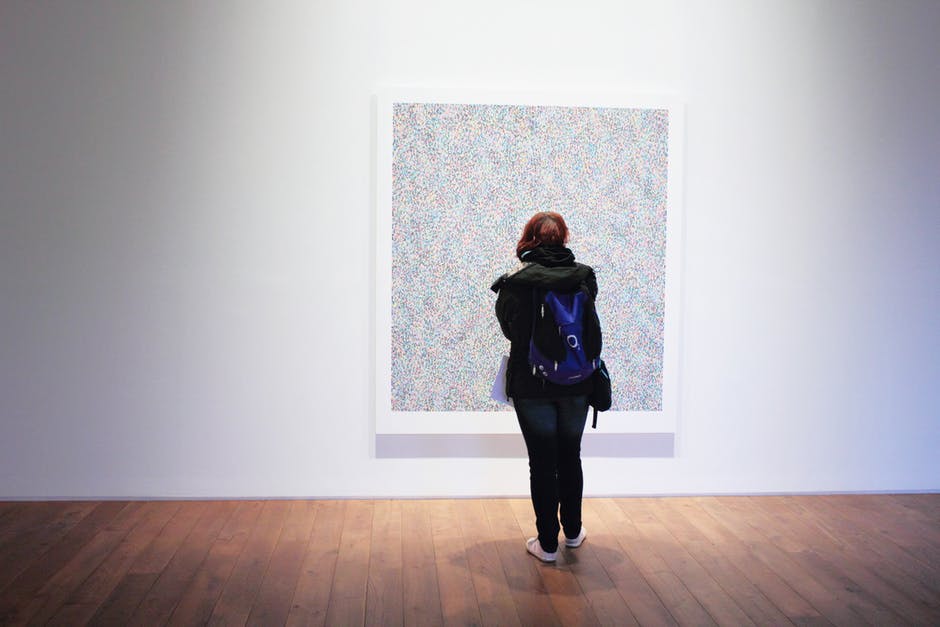 No, Art is not for ‘Everyone’

Judy Kuo is a Chinese-Australian from Melbourne studying Honours in Sociology.

For starters, I know nothing about art, so diving head first into an honours project on the social and political nature of art spaces probably wasn’t the most sensible idea.

Nevertheless, I am interested in ‘the gallery’ as an environment and a space that can give rise to community, and how these art spaces represent and engage with people of colour – especially in Australia. And as a sociology and philosophy wanker, I am extra critical of the way in which artistic discourses and practices around its consumption are shaped by inherently classist, racist and sexist ideas.

Firstly, art in the modern world is all about money, precisely because its denial of money has traditionally defined it. The market value of art is based on the notion that art is only good if it is freed from the shackles of economic need and market forces. The very fact that it is distinguished from the world of necessity and poverty gives the justification for its (sometimes absurd) value. In distinguishing itself from the market, it solidifies its worth within the market. The appreciation and consumption of art also assumes the availability of leisure time among its viewers.

On the flip side, the glorification of the starving artist is just the other side of the transcendental coin, depicting the virtuous and benevolent artist sacrificing their bodily needs for the intellectual pursuit of their artistic genius, only to be tragically consumed by such needs. With its white walls and windowless-ness shielding its treasures from the world of poor people and unskilled labour, the conventional way we contextualise art harbours an underlying repulsion from the noise of the rabble. These are the hallmark indicators of privilege so prevalent in other aspects of life.

So let’s do away with the idea that art (as we know it now) is made for everyone.

Firstly, this is disregarding the financial barriers to accessing galleries (there is absolutely no free parking on King Edward Terrace, by the way). But, the way that rich, old, ‘white’ people go around mm-ing and ah-ing at some ancient Chinese artefact in the ‘Asian Art’ section of the NGA – followed by a stream of vague terminology and historical trivia apparently relevant to the artwork – can be surprisingly uncomfortable even for a Chinese-Australian like myself.

Perhaps I am being cynical now, but the right to understand the art of my own heritage becomes a conquest for the Western intellect that is eventually used to educate me.

With the example of the ‘Versailles: Treasures from the Palace’ exhibition at the NGA, charging $25 entry for students, the gallery becomes the domain of the aristocrat or the tourist, consuming a collection of rare and expensive things just because they were rare and expensive things owned by aristocrats. The appropriate reaction towards such an exhibition is the affirmation of its value and therefore a performance of class. The line between rare and valuable artefacts and important artworks has never been clear, but the perpetuation of intellectual, economic, and social superiority seems to continue to be an inherent project of the art gallery.

And yet, I am guilty of my own type of elitism, as I have just implied that the things in the Versailles exhibition are not ‘real art’ – but what is real art anyway?

‘Real art’ is, I think, an even more dangerous idea, when the ‘realness’ of non-European art is subjected to a Euro-centric logic of justification and value. At what point does non-European art or art made by people of colour become ‘white’ enough to be recognised as art? To what extent are Western art worlds actually capable of valuing what it cannot comprehend? What would this comprehension look like?

On the one hand, we have the tiny Chinese contemporary art exhibition banished to the NGA basement with no signs directing people to it, and on the other hand, we have government initiatives which aim to promote the multiculturalism of a community through community-made art. Community artists are usually not paid and not permanently exhibited, so how can any of us seriously say that they are given the status of ‘real art’? This kind of ‘offer’ for ethnic minorities to be temporarily and marginally part of the arts culture of their community is often at the expense of their own labour, time, and the commodification of their own cultures for consumption.

It seems to me to be merely a gestural and cursory ‘welcome’ of people of colour into the ‘art world’.

How can people of colour be audiences of art without their heritage and background becoming neutralised by the ‘whiteness’ of the discourses that define art and our experience of art? Even when it comes to the art by people of colour, how can its perceived authenticity be severed from the colonial notions of the noble savage?

Look, I don’t know. I love art as much as I hate the unequal social contexts in which ‘art’ as we know it is made possible. I suppose that is why I bothered to dedicate a whole year to studying it. Here, I think I’ve reached a bit of a dead-end in my thesis – I don’t know how we can imagine art in a new way so that art in our context doesn’t carry its imperialistic baggage. So that art is open to new subjects and new audiences, so that art is open to a new kind of ‘public’ and so that art institutions affirm a genuine respect for things that operate under an unfamiliar mode of meaning.