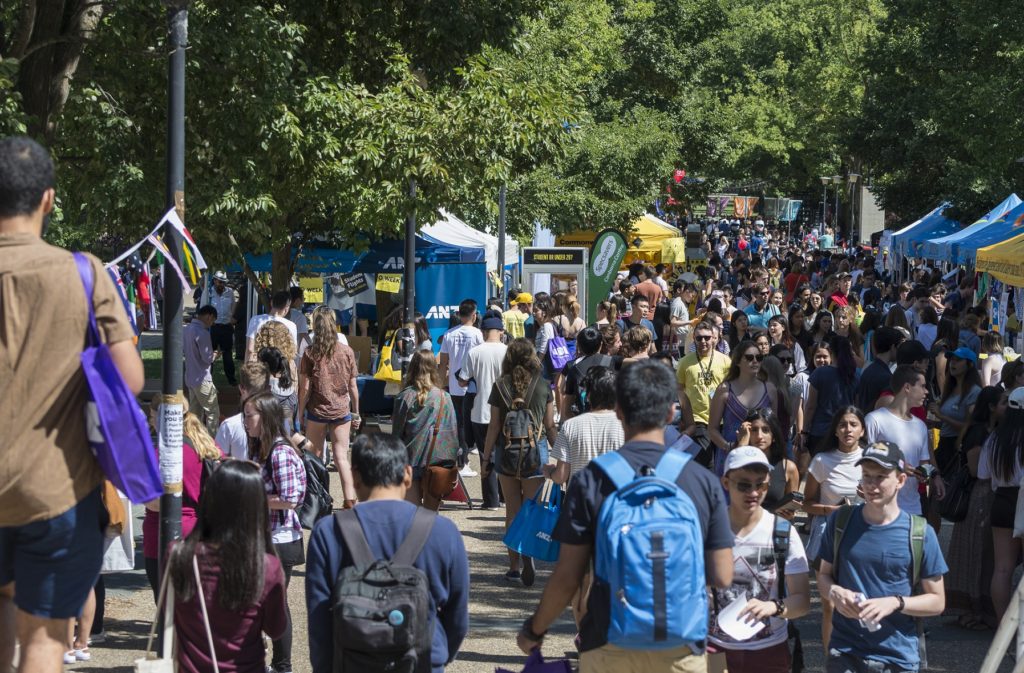 I know how nerve racking it is to move to a different country, so I wanted to share my experiences of moving to and settling down in Canberra with you.

I’m a second year international student from Malaysia currently studying a straight law degree – yes you heard that right, a straight law degree! There are not many international students who study straight law, and the few of us who do come from either Singapore or Malaysia. I still remember when I got my offer from the ANU: I was ecstatic that the best university in Australia had accepted by application. I also remember frantically packing as many things as I could fit into my suitcase for fear of never being able to get it again in Australia (read: instant Milo packets and Maggi Mee).

Before I came to the ANU I had someone contact me – a girl named Cindy who would become one of my closest friends in ANU – who was in the same boat as I was. I was so relieved to find that I was not alone in my journey of travelling to and studying in Australia. We booked the same flight and the rest, as they say, is history.

I remember feeling overwhelmed when I first checked into Burton & Garran Hall. The people were friendly of course, but I had never seen so many caucasians! After my lovely new SR showed me to my room I finally had the privacy to sit and take in all that had happened. I kept thinking to myself: I’m in a new country! I’m 6698 km from home. I will not be able to taste my mother’s cooking for at least a year and I’m away from family and friends.

It was in small moments like those that I promised myself I would make the most of my experience in Australia.

There were even more culture shocks in O-week, which is an intense time for any international student. Malaysians are usually a bit more conservative when it comes to drinking and partying – at least they are where I’m from – so the parties were initially an overwhelming experience. On one of the nights Cindy and I, along with a few other international students, headed out to find some food and ended up in Dominoes munching on $5 pizza. We ended up playing cards until 3am in the morning in the lounge while sharing food – it was an excellent bonding experience that helped me forge friendships. The people you meet in O-Week play a significant role in time at university, so don’t be shy about going out and making some new friends. Work hard, but also play hard!

In the beginning, studying law proved to be a bit difficult due to the increased difficulty of the English skills required. I had thought my English was decent, but I felt like a complete idiot when I first went to law school. Nothing in the textbook made sense! Things got rather discouraging in the first semester when I was barely able to manage a Pass while all my friends were getting High Distinctions. This was probably the biggest adjustment for me; back in Malaysia I had never received anything lower than a Distinction, so scraping by on a Pass was admittedly a huge hit to my ego.

My advice to new students, however, would be to persevere and not lose heart. Things do get better, and in the second semester my grades started to pick up as I adjusted to life in Australia. Looking back now I realise that perhaps the fall in my grades was due to the drastic change in environment – maybe, you know, the whole moving to a new country thing. Feeling homesick is normal and everyone goes through something like it, even the domestic students! Just don’t be afraid to look for support as it will always be offered if you ask.

It was actually battling with homesickness in the first few months that was really character-building for me. I learnt how to be independent and self-reliant, and I don’t believe you could ask for a better outcome than that.

Overall, my first year in Australia was full of memorable and fulfilling experiences, and I hope it is for you too. I’ll see you guys around in O-Week!