President-elect Kay Excited for Work Ahead 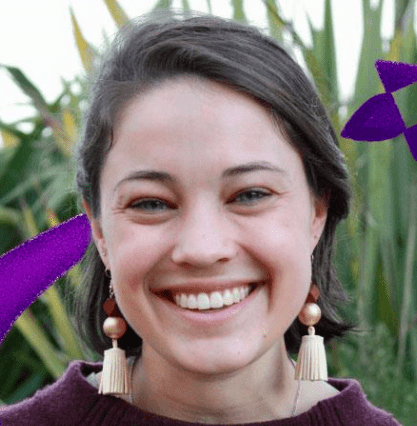 Kay, the current vice-president, was elected last month as the 2018 ANUSA president, beating out rival candidate, and current social officer, Cameron Allan. But there’s still a few months before she’s fully in charge.

‘Something I learned from running for elections last year was it’s very exhausting and you need to take a break afterwards,’ Kay said when Woroni caught up with her last week at the Street Theatre café. ‘So I have encouraged everyone, certainly in the exec positions in particular, to take some time off.’

Lift, the ticket headed by Kay, dominated the student elections on a progressive platform which sought to continue the work of the current executive, but Kay will still face a split executive. Shake Up’s Mariah Chang was elected treasurer and Anya Bonan was elected social officer.

‘We have nice period of handover, which I think is good, so we don’t have to have our vision and our plan organised for next week so that we can take office, we have the next three months to put that together,’ Kay, pictured right in her campaign portrait, said.

‘There was lots of election promises running around between several major tickets. How do we bring them together and how do we make sure the student body knows what to expect from our ANUSA in 2018? And that is definitely something we are working on.’

But are there any tensions in the current executive after the election result?

‘Look, I am obviously not the whole current exec,’ Kay said. ‘I think the current exec also cares about a strong exec for the rest of this year and next year and so we have consistently tried to maintain professional relationships throughout the campaign, and we are looking forward to discussing what it looks like for us to be as strong as we can for the rest of 2017.’

This yearax campus politics has been dominated by the redevelopment of Union Court and the Australian Human Rights Commission’s report into campus sexual assault.

Kay said a serious test for the ANUSA executive next year will come very early on: the first O-Week in the Pop-Up Village.

She said she thought a lot of students had been ‘pleasantly surprised’ by the Pop-Up Village, but concerns lingered over food prices even as cheaper options opened, though she was not sure prices could be forced down in current vendors. Kay said the focus was on making sure the period of time in the current, temporary spaces was positive and welcomed student feedback.

‘It’s important our education, particularly, isn’t damaged by these changes,’ she said.

Kay said Anya Bonan, the incoming social officer, was ‘nervously excited to take on that challenge’ of running an O-Week without Union Court.

‘Things like O-Week play a really big part in making sure students feel comfortable in the new space next year.’

Kay praised the work of student advocates in response to the AHRC’s ‘Changing the Course’ survey which was released in August. She said they ‘have done far more than they ever should have had to do in this space.’

‘There is always more that the university could be doing, but I firmly believe that the burden for this fight is excessively on student leaders and survivors,’ Kay said.

‘We will of course keep fighting, but the university needs to step up and take more responsibility for reform in this space.’

‘Those working groups and policy reviews will continue. There’s a lot of work that needs to happen in that space,’ she said.

She said going forward there was a necessary discussion about online harassment and how students interact in online spaces.

‘That’s a conversation I think the university wants us to have, that ANUSA’s keen to have, and that I’m going to work on over the coming months.’

Another potent issue this year has been ANUSA’s relationship with the National Union of Students (NUS). Kay voted in favour of affiliation with the union earlier this year.

‘Alotofpeopletalkedalotaboutmaking the NUS more accessible and I guess having stronger, better governance. … We have five excellent delegates who have been elected to go to the NUS [National Conference] to represent ANU students, but more students more broadly at a national level.

‘I think that the delegates we have will bring some really strong experience,’ Kay said, noting they will likely be asking the hard questions of the NUS. She said independent Howard Maclean wouldn’t let ‘fudged’ financials or governance slide and said it was good that ANU delegates would ask ‘hard questions’.

‘Freya Willis and Tess [Masters] will ask hard questions and push hard policies on sexual assault nationwide, and I think that will be incredible to see. I really look forward to the impact they make to the NUS.’

Kay said the feedback NUS delegates bring back with them will be ‘critical’ in making strong recommendations to the ANU about ANUSA’s relationship with the NUS.

While Kay isn’t an NUS delegate, she is the undergraduate ANU Council member.

‘I always said that I think the president should be the Council member. I think that’s what the University probably expected and wanted as well,’ Kay said. ‘I’m glad that I’ve been elected for both.’

Does Kay think that it limits the ANUSA president in the advocacy role?

‘I think there’s a lot of benefit when the president is also on the Council. When I’m in Council member mode and when I’m on Council, it can give stronger weight to my opinion and the things that I bring forward, because next year I’ll work full time as an advocate for students, learning from the student body, understanding their perspective and representing that to the University,’ she said.

Kay conceded there would be things that were confidential but said they would ‘inform the way’ she advocates for students. ‘Will it limit me? I don’t think it will,’ she said.

‘I think we have a long way to go before men’s voices are not heard,’ she said.

Kay encouraged women to back themselves. ‘I was deeply struck when I realised that in the four stupol elections I’d seen through my years at ANU, not counting this year, I saw eight men run for president, and only one woman.

‘I only had the confidence to put my hand up for president when I was absolutely sure I was more qualified than anyone else, but that’s not the mindset of many men on our campus.

‘I would hate anyone to leave this election thinking you can only run for president if you’ve been VP, or you should wait till you fulfil 90 per cent of the selection criteria to apply for that job. For women – and other oppressed and marginalised groups – there is often a confidence gap that holds us back from applying for things, and that’s certainly been my experience,’ Kay said.

‘Experience comes in many different ways, and if you’re passionate – use that to drive you to put your name forward.’

KAY PRESIDENT AFTER BIGGEST VOTER TURNOUT IN A DECADE

Lift’s Eleanor Kay will be the 2018 ANUSA president, after a student election which saw the largest voter turnout in at least a decade.

Every college will have a Shake Up and Lift representative except the College of Engineering and Computer Science, where two Shake Up candidates were elected.

Howard Maclean, the independent candidate for general secretary, University Council member and NUS delegate, has only been elected as an NUS delegate.

Kay will also serve as the University Council member, despite the election giving the option to students for the first time to vote for this position separately to the president.